These Are the 17 Best Restaurants in Allston

One of the neighborhood’s favorite spots for brunch, this spot specializes in comfort food like loaded French toast, spiced tots, fried chicken, and steak bomb tacos. It also has a great bar scene—hello, 50 well-curated beers on draft—and a glorious backyard, complete with its own bar and bocce courts. 421 Cambridge St., Allston, 617-787-1117, lulusallston.com.

Drink All These Frozen Cocktails Before Summer Ends

Boston Magazine - Where to Eat Memorial Day Brunch in Boston

Come celebrate the women in craft beer on International Women's Day at Lulu's in Allston! We'll have an amazing draft list curated by the lovely women of craft beer + bites by Chef Sarah Wade!

Boston Magazine - What to Eat (and Drink) This Weekend

Lulu’s Allston is making a special spearmint cranberry lime tequila mojito for the day, if you want to party with a few rounds of patio bocce.

Owned by Olivia Culpo's family and featuring "Chopped" champion Sarah Wade in the kitchen, Lulu's is already a must-try destination in Allston. Now the popular eatery has a newly renovated patio area, complete with a bocce court.

Metro - Where to watch the 2018 Kentucky Derby in Boston

Can't decide between celebrating the Derby or Cinco de Mayo? Why not both! LuLu's Allston, which is owned by Olivia Culpo's family, will serve up spearmint-cranberry tequila mojitos for the festivities, and will also be showing the race live on their televisions. Make sure to check out the local hotspots patio too, which just opened for the season.

An all-tater tot book. Sounds like a novelty, right? When I picked up notorious food mashup blogger Dan Whalen’s new release, “Tots! 50 Tot-ally Awesome Recipes from Totchos to Sweet Po-tot-o Pie,” I wasn’t sure what to expect. But the more I read, the more I started to realize that tots really are versatile...

Two “holidays” converge on May 5 this year, one involves juleps, the other margaritas. Lulu’s Allston has created a bit of a portmanteau to celebrate what people seem to be calling Cinco De Derby. Their spearmint cranberry lime tequila mojito has cranberry juice...

Check out this great video interview, where we invite Boston Universities Taste Buds food blog into our kitchen and show them some tasty recipes by Chef Sarah Wade! Chef Wade puts her donut making skills on display, along with Shortrib Mac and Cheese and Mama's Fried Chicken breast.

Watch the video at BUtastebuds.com

Chef Sarah Wade and co-owner Justin Dalton-Ameen are back in studio for an interview at RadioBDC. Listen to the radio interview by clicking the link below!

It is best to describe Lulu's as creative, fun, comfort food. When the partners opened lulu's last june, they wanted to create a neighborhood spot with high-quality food and beer.

Donning quirky, modern decor and specializing in comfort foods with a unique twist, Lulu’s Allston is a charming eatery located at 421 Cambridge Street.

A Year of 'Peppering the Bar With Tots' at Lulu's Allston

A Chef’s Guide to Eating Well in Allston

Maitland: Lulu’s is one of the neighborhood’s best spots for brunch. Me and one of my sous chefs at Audubon are always talking about Lulu’s White Trash Hash, which is made with braised short rib, tater tots, poached eggs, and hollandaise. I have to change the subject because it’s making me hungry.

31 Mouth-Watering Eats in Boston for under $10. Thanks BuzzFeed! We think our tacos are pretty yummy too!

Sarah Wade rolls out a new menu that favors barbecue, spring salads, and all kinds of Tex-Mex flavors. For a southern girl like chef Sarah Wade, springtime means backyard barbecues, shortcake studded with ripe strawberries, and creamy guacamole, preferably enjoyed on an open patio with corn chips freshly plucked out of the fryer. 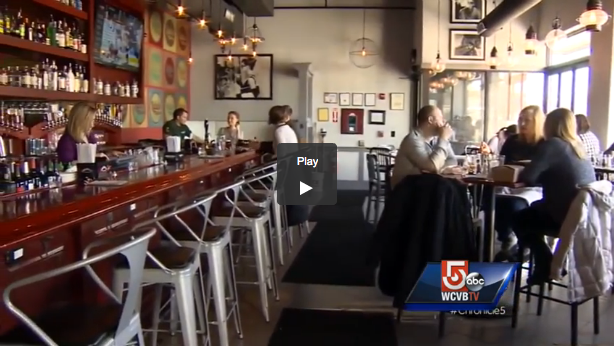 Check out our segment on WCVB Chronicle, Creative Cooking at Lulus Allston

Shiny and with an open concept, Lulu’s still has that new restaurant smell and is a welcome addition to the Allston ‘hood. The menu is vast with pub influenced bites, plates and sandwiches and a slight accent of gluttonous offerings to boot. Two burgers appear on the menu (three if you count a black bean one a burger; I don’t), one very normal, one very much a knife and fork sounding job. Of course I had to have both the Lulu’s Burger ($12) and the fittingly named Bad Ass Burger ($15)

30 Under 30 - Rock Stars Redefining the Industry

Joshua Culpo, 29, Co-Owner at Lulu's Allston. Culpo has the bar scene in his blood. As a tyke, he'd saunter behind the bar of the Pittsfield pub his family owned to fix himself a soda. Now he's serving thirsty Allston crowds an alternative to the dive scene that characterizes that student-heavy neighborhood. Lulu's craft brews, ciders and creative comfort-food menu has made it an after-work hit for young professionals, saving them a trip downtown. Culpo keeps his first enterprise running smoothly, thanks to managerial experience gleaned from his uncle's popular Parish Cafe and during a brief pass through the corporate finance world. Now he's investing in the future, with another project on the horizon soon. Side Dishes: Culpo is cousin to Olivia Culpo, the former Miss Universe and a current celeb-blog fixture thanks to her relationship with Nick Jonas. 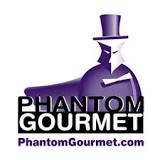 ALLSTON – How about FRITOS® Chili Pie? Beer and Bacon Pancakes? At Lulu’s in Allston, comfort food is getting crazy and hungry customers are eating it up. Brand new to Boston’s biggest hipster neighborhood, Lulu’s has quickly become a local favorite for their fifty craft beers on draft, dozens of creative flavor-packed dishes and a large, laid back, sun-soaked dining room. The sunniest part of Lulu’s, by far, is the personality of Executive Chef Sarah Wade. Sarah grew up in Oklahoma, and worked in Texas, North Carolina, and Connecticut before coming to Boston.

With dishes like IPA cheese soup and Hair of the Dog pancakes made with Narragansett pilsner, bacon drippings, and a bloody mary butter, it’s obvious chef Sarah Wade has a way with hangover cures. But since introducing brunch service back in July, Wade’s most successful morning-after tonic has been her rich hash made with poached eggs, hollandaise, a crispy bed of tater tots, and short ribs that have been braised for five hours. “This dish first came about at another restaurant I was working at.

Since opening in early June, executive chef Sarah Wade has drummed up plenty of excitement in the Allston area for her Southern-inspired menu at Lulu's Allston. Starting this weekend, the Oklahoma native will launch her first brunch service with mainstays like Lulu's short rib mac and cheese, wild game chili, and black bean burger with Thai red curry. Alongside those favorites though will be egg-heavy hangover cures like the White Trash Hash with tater tots and short rib hash; Hair of the Dog Pancakes with pilsner and bacon batter pancakes topped with Bloody Mary butter; and a breakfast sandwich with fried eggs, linguiça, and local cheddar piled on top of Texas toast.

Where to Eat Brunch This Weekend: Lulu's Allston

Last month we offered up a Cheat Sheet to Lulu's Allston, an overview of everything you need to know (and eat, and drink) at the quirky comfort food newcomer. (Check it out here.) But there's already a new reason to head back: This weekend the spot kicks off Saturday and Sunday brunch hours from 10:30 AM-3:30 PM. The menu offers some cute, clever little twists that we'd expect from the kind of place that serves a wild game Frito chili pie, among other gourmet junk foods.

The Gist: Yet another new notch in the expanding belt of buzz-worthy Allston destinations, this neighborhood restaurant comes from a vet in casual food and drink spots: Peter Culpo, who also runs the Parish Cafe locations in the Back Bay and South End, The Hill Tavern in Beacon Hill, and Woody's Grill & Tap in Fenway. Lulu's is a nod to the nickname of his eldest daughter, Aurora. (Many locals know his other Rhode Island-born daughter Olivia as the previous Miss Universe.)

See the recipe and the video here

Where: to Lulu's Allston, a bar and restaurant on Cambridge Street not far from the Mass. Pike. What for: Guilt. Go on; get the "bad ass burger" topped with beer cheese soup. The scene: Your favorite bar, circa 1998..

Another summer day, another new brunch to check out. Lulu's Allston starts up its Saturday and Sunday brunch this coming weekend, 10:30 a.m. to 3 p.m., with dishes like white trash hash (braised short rib hash with tater tots, poaches eggs, and hollandaise) and smores pancakes. There are some standard brunch cocktails, as well as a mysterious "man-mosa" in addition to a regular mimosa. (UPDATE: A man-mosa is a pint glass with ice, orange vodka, orange juice, and a champagne float.) Take a look at the menu.

You're probably not going to be drinking cocktails at Lulu's anyway, since they've got a pretty extensive beer program, with some 50 drafts, conveniently broken down on the menu in categories such as ales, hop focused brews, lagers, ciders, Belgian style and wheat brews, and Oh you Fancy, where you'll find the aforementioned St. Bernadus and the like, as well as fun surprises like the Revival Saison, a Belgian farmhouse style brew from Providence.

Allston-ians (and anyone else, really) looking for a new beer bar doing upscale comfort food by way of Oklahoma (think: bison and wild boar chili with local cheddar on a bed of Fritos) may now get excited. Because come Monday, Lulu's will be throwing open the doors for full access to their non-repeating 50-draft beers at the ready (an another 50 varieties in can and bottle). "We're IPA guys," Managing Partner Justin Dalton-Ameen says. "So the hops are well represented."

After much anticipation, the newest addition to Allston's Cambridge Street is now up and running. Lulu's, the new American bar and restaurant, opened its doors last night, Sunday, at 5 p.m., just under a month after the Roxy's Grilled Cheese brick and mortar opened up down the street.

Guys and ghouls, it's about that time of year where you either host a Halloween party and miss out on an opportunity to actually have fun yourself - or go out to a party that's worth while. We recommend the latter...